Captain Fantastic: Putting it All Together 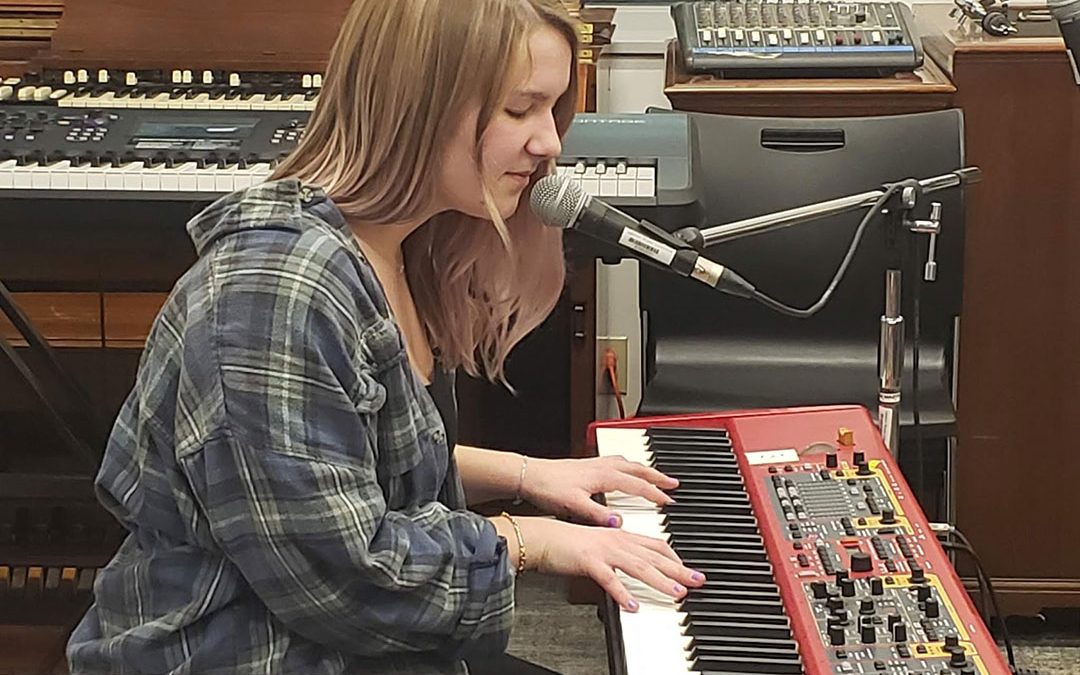 Captain Fantastic: Putting it All Together

This week we held an extra rehearsal on Wednesday to catch up, after after my decision a week ago to hold extra walk through’s of each set instead of full rehearsals. Although, that extra time on for each piece was well worth it, as all of the songs were much improved by the time Wednesday’s rehearsal rolled around. We still needed to catch up on our number of full rehearsals to ensure that we had developed the proper amount of flow.

In general, I avoid mid-week night rehearsals, as they are not very productive after a long day of school,  however this Wednesday was an exception, the music was sharp, and the balance of the band, and the intonation of the backing vocalists were both much more on point. As were the lead vocals and the overall groove. So I walked away from Wednesday knowing that we had turned the corner. 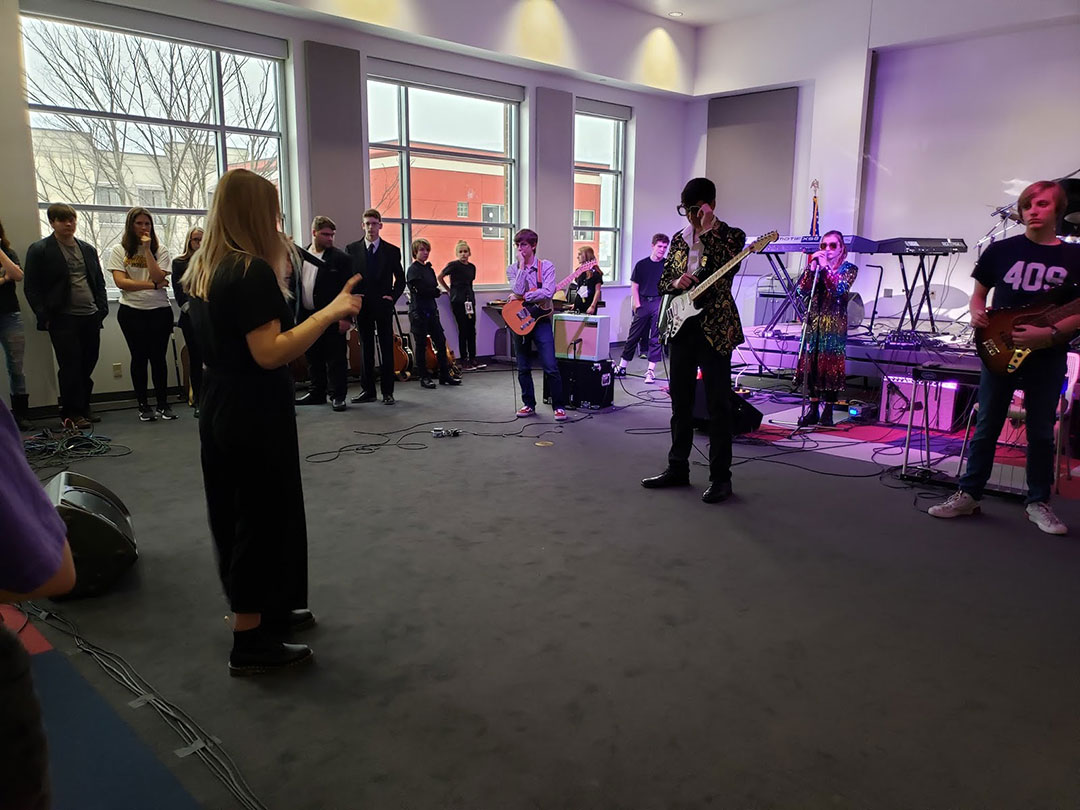 Today winter came again, but rehearsal was held in spite of a winter weather advisory, the snow feel throughout the day, and some potentially dangerous conditions existed out in the streets. We dodged the bullet of potential cancellation by offering those who wished the opportunity to sleep over at the Collective. So as I write this I have about 15 teens running around the place eating, and nearly all playing music together, the rest goofing around.

As for the rehearsal, we first spent about two hours working on songs that had been identified as having problems. Some were straight up musical or vocal issues. Others were performance related issues, or sections of the show that we hadn’t worked out all of the details involved the staging etc. 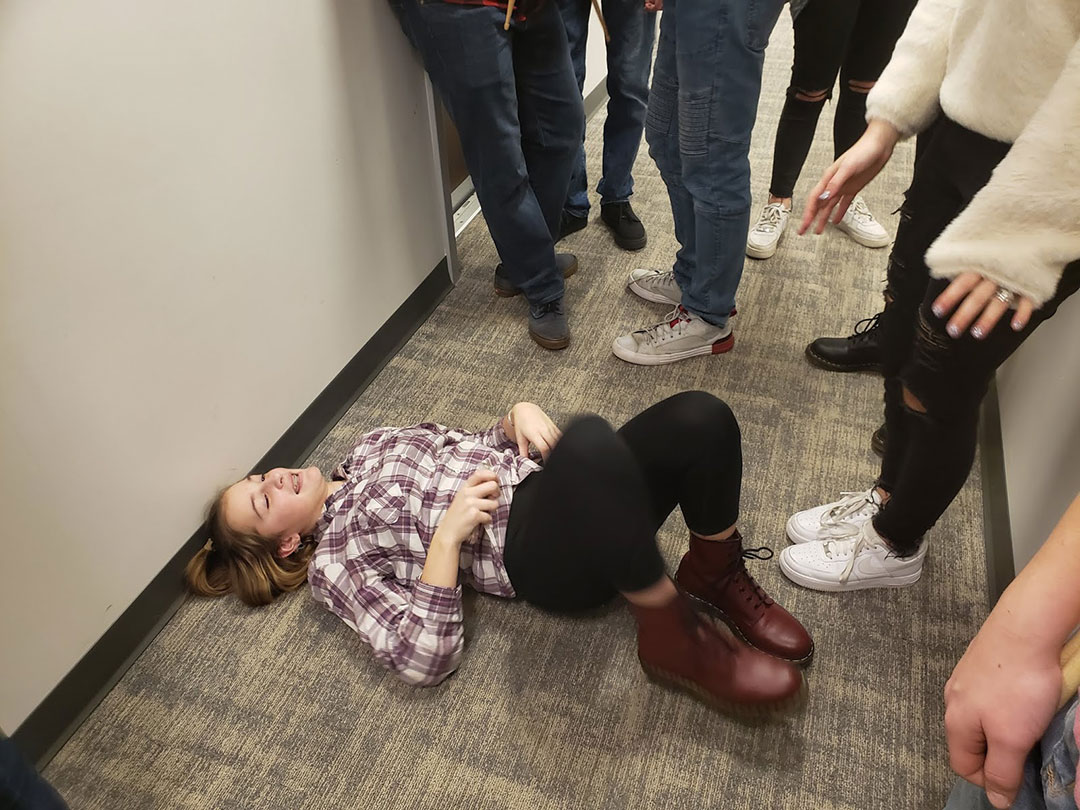 We got through everything on the list, including the dreaded bows rehearsal, and the working out of encores.That two hours went quickly, thanks to Ashlyn Bird, one of the two directors for the performance, who was especially on top of everything that she wanted musically, and helped make the problem song rehearsal especially productive.

From the beginning I have given up a lot of the organizational control of our shows to student directors, and it has paid dividends. With the small admin staff that we have at the Collective, it would be very difficult to deal with every aspect of each performance. Student directors are empowered to take care of most of the detailed planning, leaving the staff and I only the need to approve, or adjust their plans. Saving us time, and at the same time giving our students great leadership training and experience a powerful sense of ownership of our program, and results. 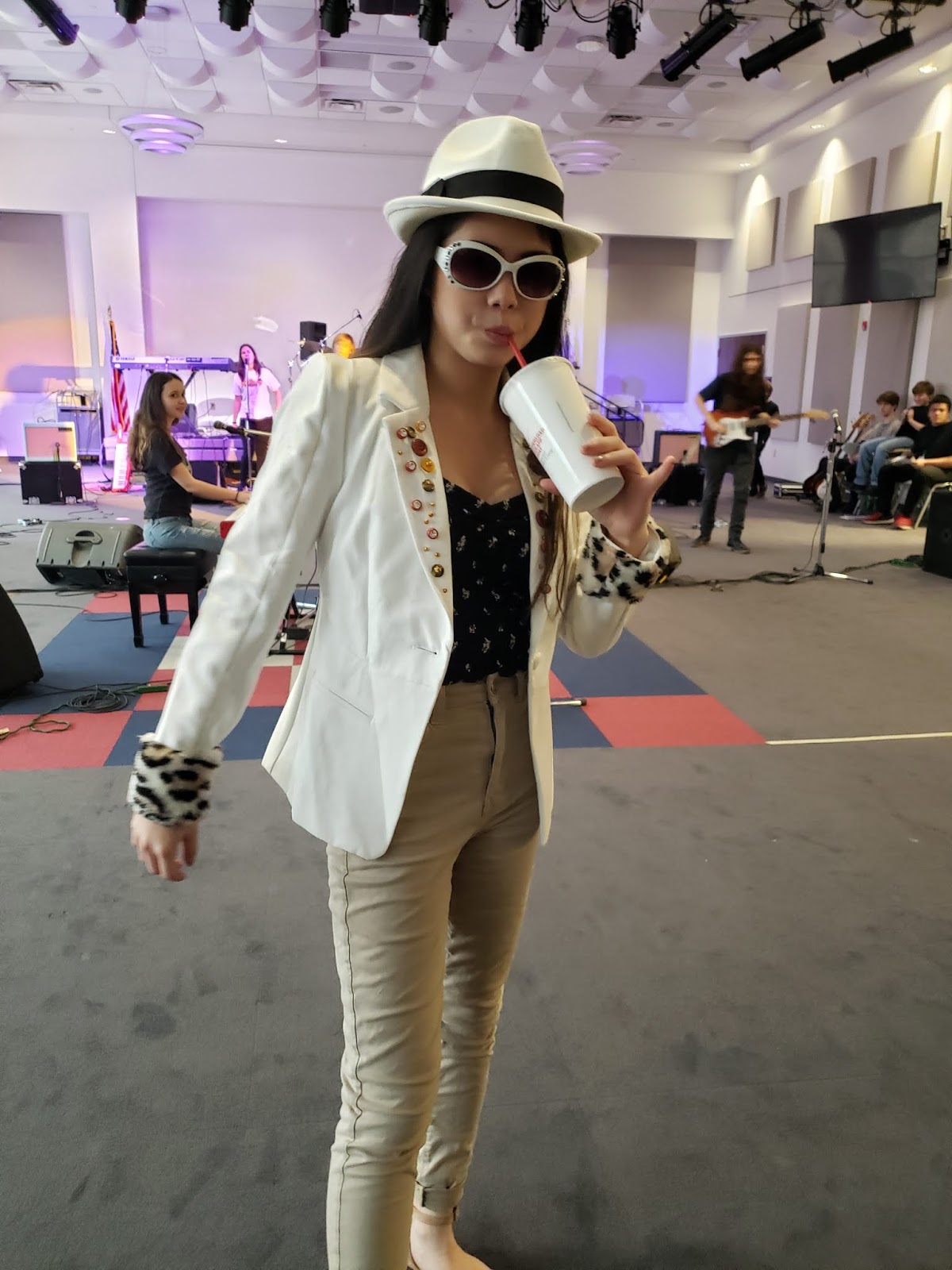 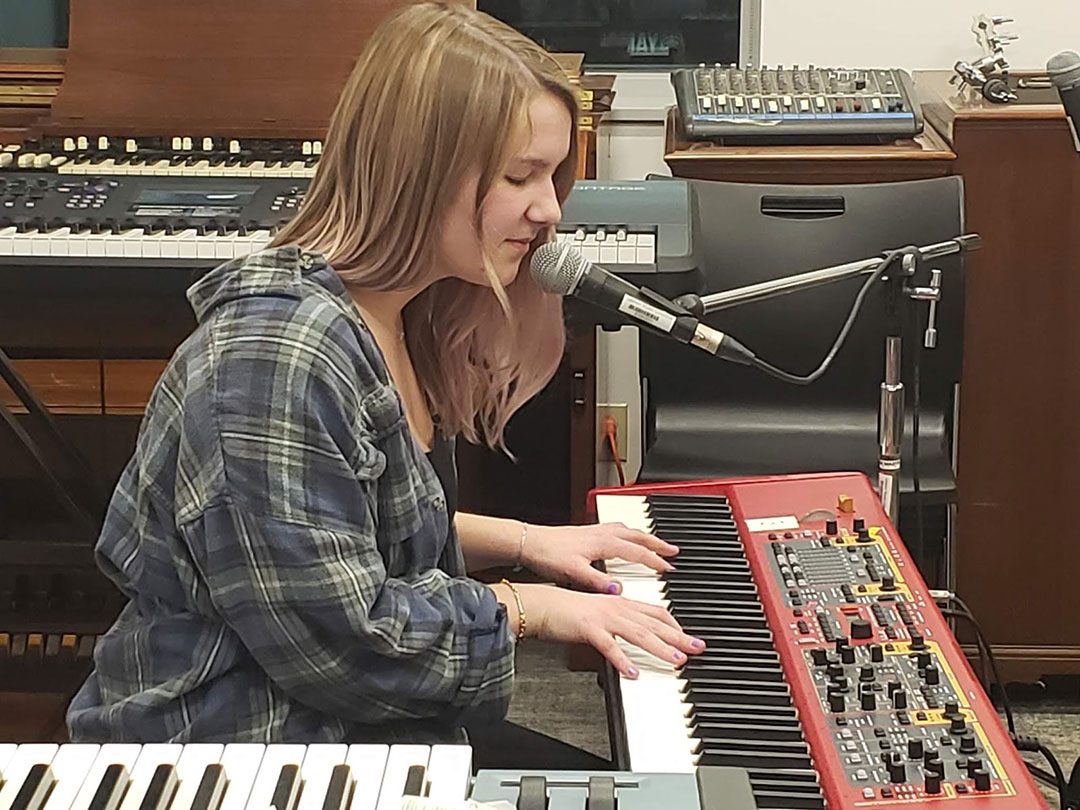 Our directors for this performance are Ashlyn and Sofia Pinsky. Both have done a really great job of organizing all aspects of the show. Making my job easier, and from all appearances creating an event that will break records attendance wise, and in quality of performance.

After the problem song rehearal, we discussed the differences in performance, between this show and the recent Aerosmith performance. Mainly reminding them that Aerosmith was band oriented, where Elton and Billy are solo artists, with a backing band. This changes the rules of interaction, and  requires the band to hang more in the back,leaving the band in the background, only stepping up for a featured solo, or part.

Then we completed a full run through, and all in all I was actually pleased. The flow of the show was there. Of course we had a few hiccups, but they were few and far between. Of course I gave  the students copious notes about what can be improved, and we will address all of those in our double run thru’s tomorrow. 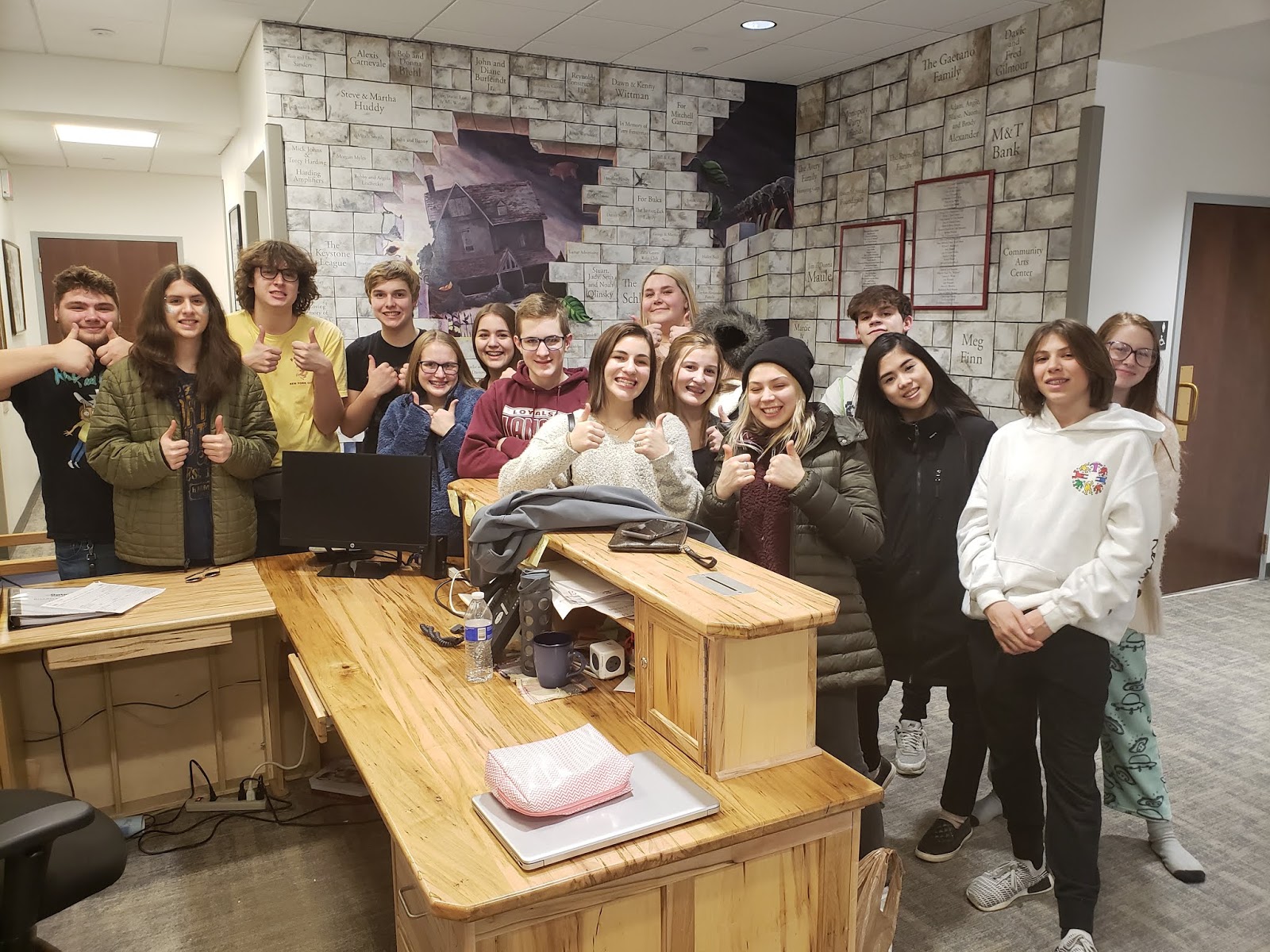