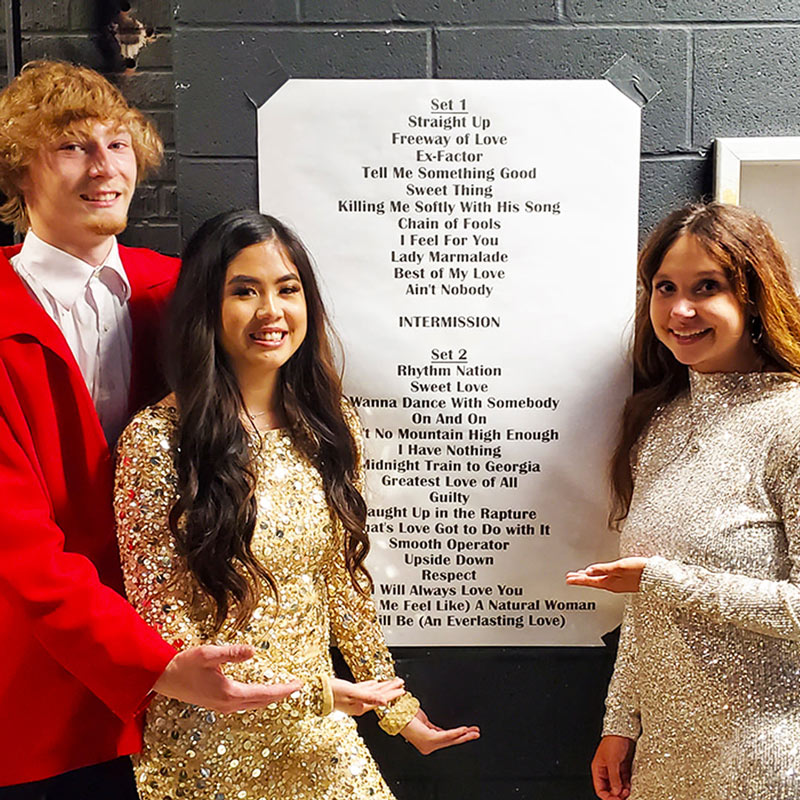 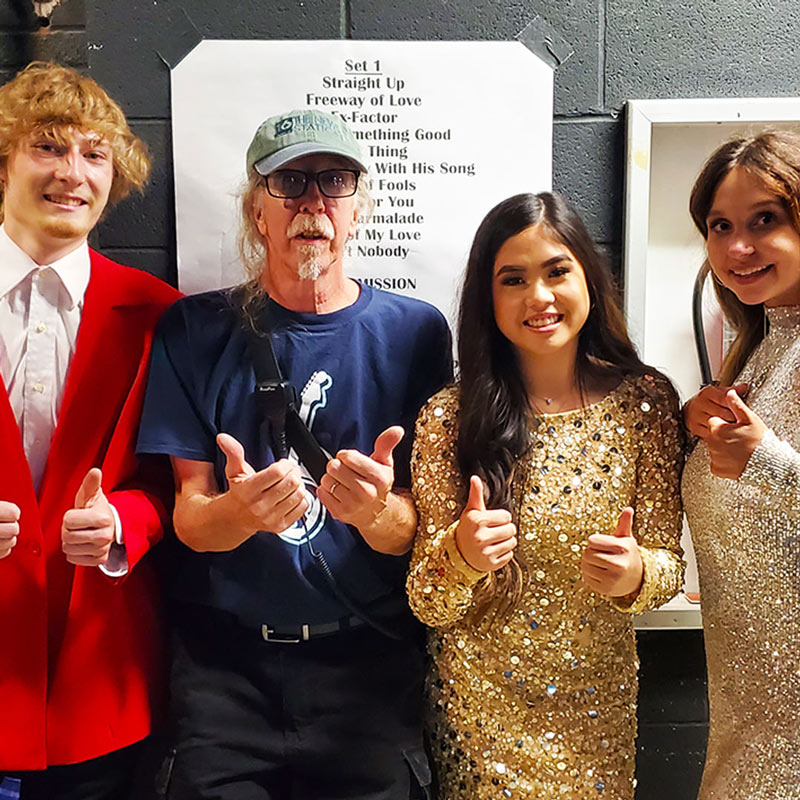 ***THANK YOU!!*** Last night the Uptown Music Collective took to the Community Arts Center stage for #OneNightOnly to present Respect: A Tribute to the Women of R&B as we closed out a crazy 2020-2021 performance season! This was the first major performance for the students since early 2020 without masks and the first with full seating available in the theatre…it felt really good to start to get things back to normal!

Thank you to our media sponsors 93.3 WBZD – Classic Hits along with all of Backyard Broadcasting, Lamar Advertising of Williamsport, The Graphic Hive, Engage Media LLC, 92.1 WSQV, and NorthcentralPa for giving us the support to make a show like this happen!

Special thanks to Carol Coffelt for coordinating all of our ticket sales! Shout out to official UMC Photographer Wayne R. Palmer for shooting the performance. HUGE thank you to our Students & Parents for your unwavering commitment to the UMC, especially through this unprecedented performance season! Last but not least, THANK YOU to all of those who were in attendance on Saturday night! We truly hope you all had a great time because we absolutely did!! Keep checking back for official show videos & photos. Check out the official setlist above, showcased by the directors, Izzy Brumbaugh, Isabella Cole, & Tyler Noaker…and a special guest appearance from the one and only John Bug Coffelt!

A Tribute to the Women of R&B 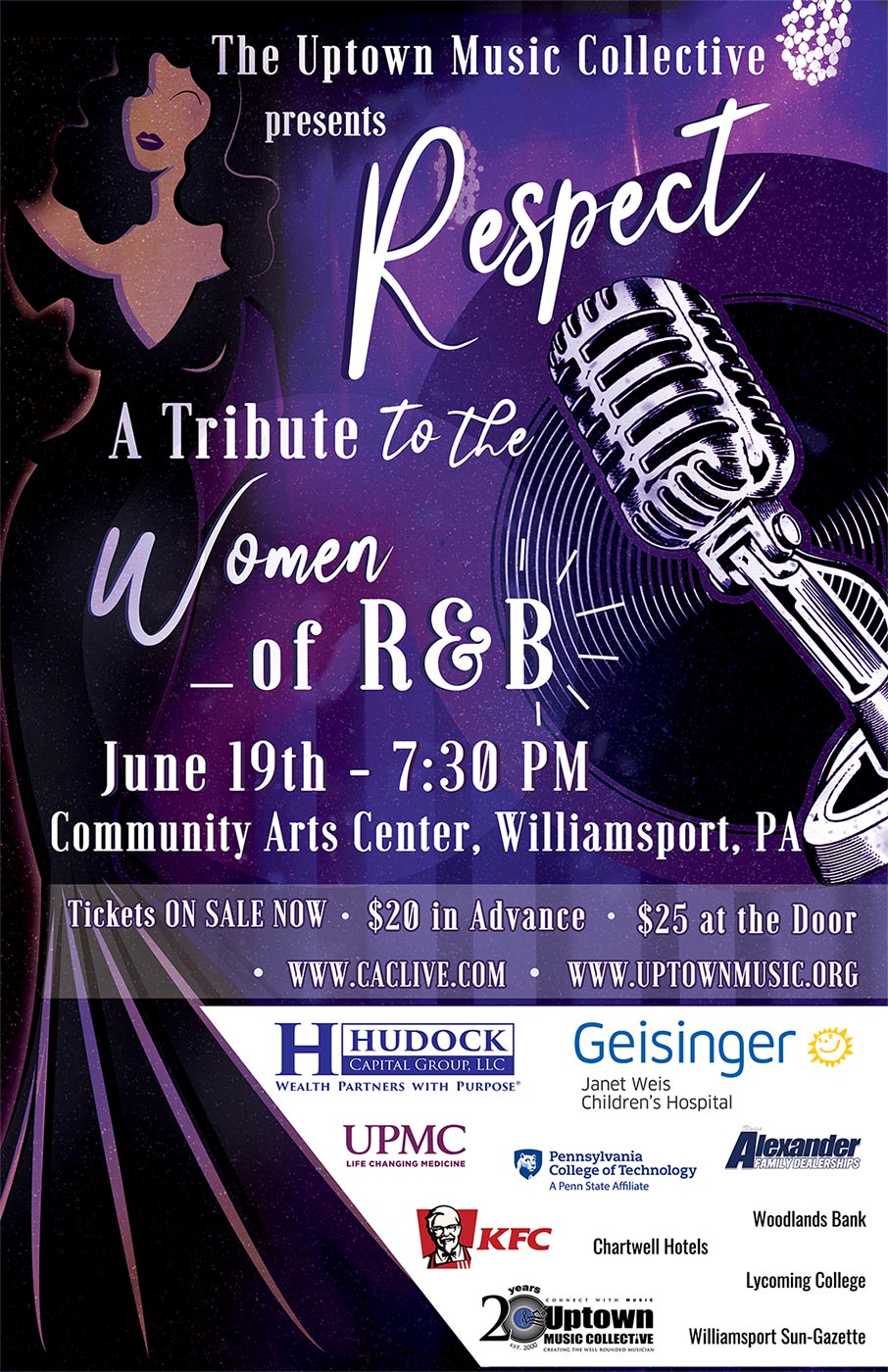 A Tribute to the Women of R&B

Performance held at the Community Arts Center, in Williamsport, PA.

The Uptown Music Collective returns to the Community Arts Center stage to present Respect: A Tribute to the Women of R&B for ONE NIGHT ONLY on Saturday, June 19th. This exciting tribute from the area’s premier school of music will feature talented young musicians between the ages of 12 and 18 paying tribute to some of the most quintessential female R&B artists including Chaka Kahn, Aretha Franklin, Whitney Houston, Janet Jackson, and more with all of the energy and passion that UMC students are known for. 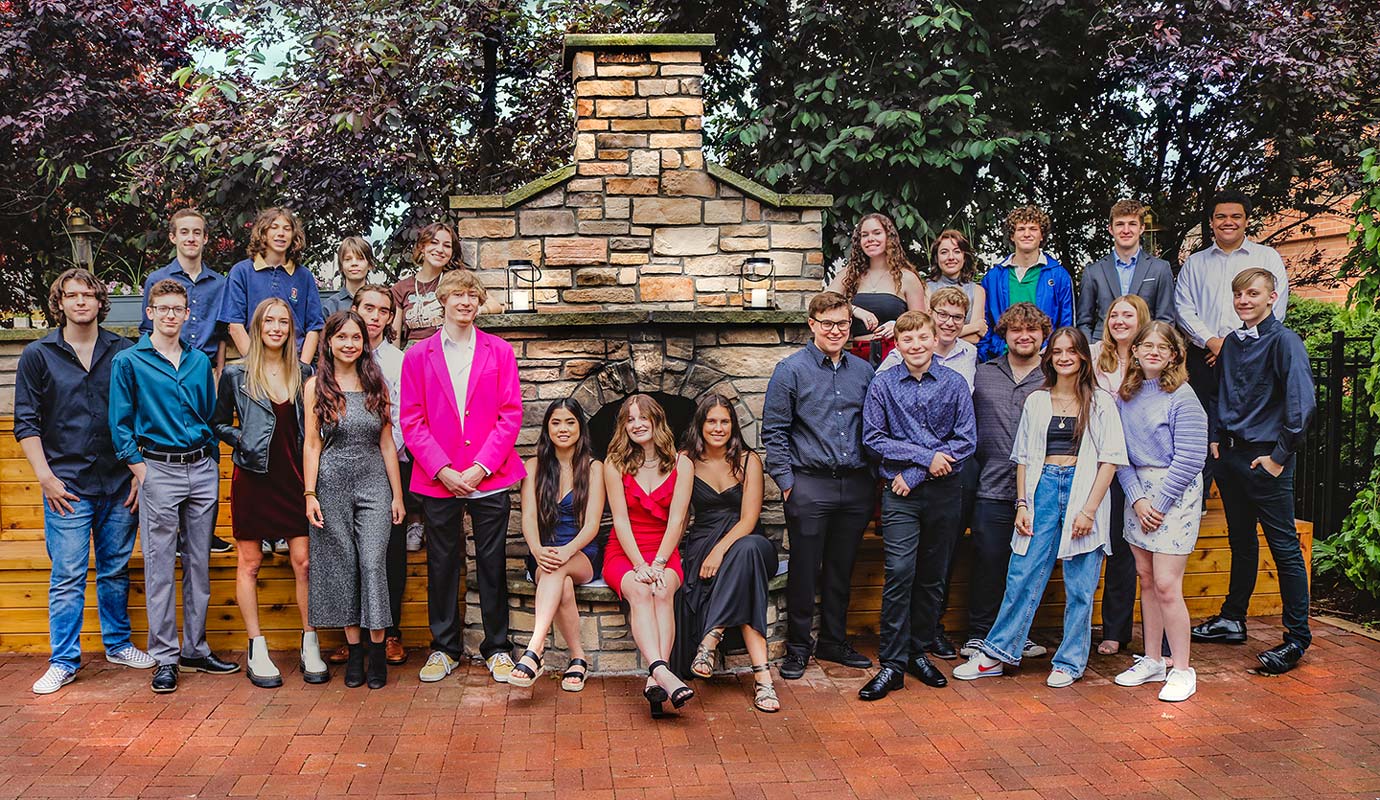 A conversation with the 2021 SPG1 Senior class

Respect: A Tribute to the Women of R&B will be the last UMC show for this year’s senior class.  In this video below, the seniors share stories of their time at the Uptown Music Collective.

Press Release: Uptown Music Collective to wrap up performance season with a tribute to the women of R&B

Who: The Uptown Music Collective (a non-profit school of music)

What: Respect: A Tribute to the Women of R&B

The Uptown Music Collective, the area’s premier nonprofit school of music, is set to return to the Community Arts Center stage to present Respect: A Tribute to the Women of R&B for one night only at 7:30 p.m. Saturday, June 19. This high-energy tribute from the area’s premier school of music will feature talented young musicians between the ages of 12 and 18. UMC students will be performing music of some of the great female R&B artists of the 1960s, ’70s, ’80s, and ’90s, including Aretha Franklin, Whitney Houston, Diana Ross, Lauryn Hill, Tina Turner, Chaka Khan, Anita Baker, and many more. Brought to life with all of the energy and passion that U MC students are known for, this show is sponsored, in part, through partnerships with Hudock Capital Group and Geisinger’s Janet Weis Children’s Hospital. All current CDC and state health recommendations and procedures will be adhered to for this event. At this time, masking is not required for individuals who are fully vaccinated. In addition, the CAC will return to full general admission capacity for this performance.

Rhythm and blues, or R&B music, is an amalgam of gospel, jump blues, swing, and blues music that is the basis for rock and roll and much of modern pop music. This distinctly African American music has left an indelible mark on all of American music and is one of the primary reasons American music is the envy of the world. Respect: A Tribute to the Women of R&B will pay tribute to some of the greatest female artists of the style, spanning the period from 1967, with songs like Respect and Ain’t No Mountain High Enough, up through the release of The Miseducation of Lauryn Hill and the song Ex-Factor in 1998. The show focuses on the amazing artistry and vocal gifts of the queens of rhythm and blues.

This will be the last performance of the season for this year’s Special Performance Group, all of whom have impressively navigated this difficult season, with COVID -19 protocols, streaming-only events and mask mandates.

“These students have met every challenge brought about by the pandemic over the last year,” said Dave Brumbaugh, UMC executive director. “From the lengthy process of wiping everything down between songs to school quarantines making rehearsals difficult, to the wearing of masks and the use of vocal isolation booths. In the end, they did not allow it to dampen their enthusiasm, degrade the quality of their performance, or lessen their appreciation for the opportunity to perform for an audience in a time when so many others were unable to. This group has made us all proud and we are all really looking forward to the possibility of performing for a packed house for this show.”

Respect will feature Collective students who have been diligently preparing for this event for more than two months. Along with the music, there will be a professional-grade light and sound show organized by the students, themselves. As with all Uptown Music Collective performances, the students are not only the performers but also direct the show. There is also a group of younger students, or “Tech Monkeys,” who will serve as stage technicians and spotlight operators. The cast for the show is drawn from the Uptown Music Collective’s much-heralded Special Performance Group 1.

“I’ve always loved this type of music,” Cole said. “When I found out that we were doing this show this year, I got super excited. Many of the shows we do have mostly male vocals, so it is so exciting that we are giving the girls an opportunity to showcase what they can do! I can’t wait to finish out the year performing some of my favorite music with some of my favorite people.”

Tickets for the performance, which are $20 in advance and $25 at the door, are available through the Community Arts Center box office and website. For details about the show, visit uptownmusic.org or call 570-329-0888. Check out the Collective’s official Facebook page, as well as other Collective social media outlets, for teasers, previews, behind-the-scenes info, and more from the performance.