Join Us on Saturday, July 24th 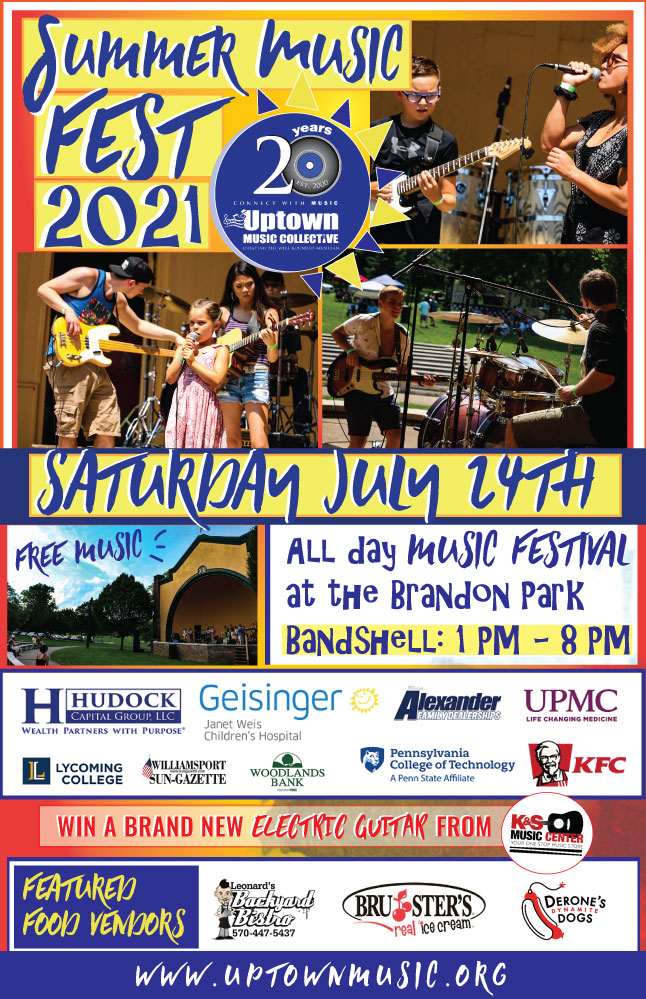 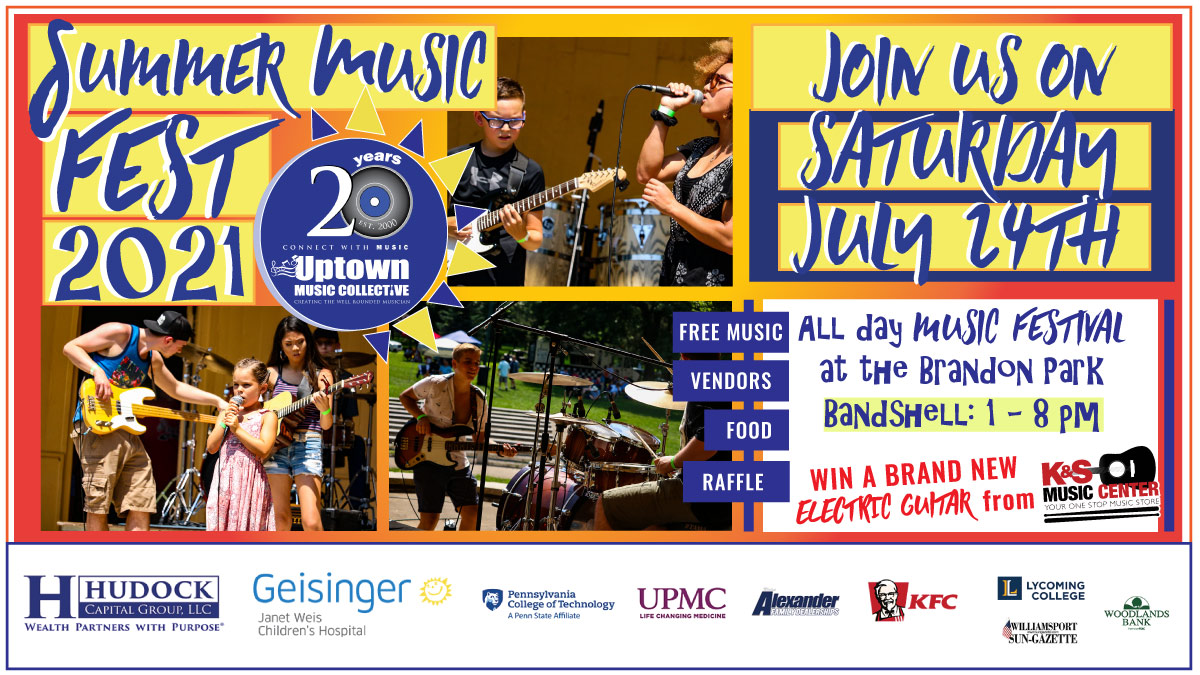 The Uptown Music Collective returns to Brandon Park to present its annual Summer Music Fest! Join Us on Saturday, July 24th from 1 – 8 PM.

Music will run throughout the day and feature a variety of performances including the annual Collective Summer Music Showcase, in which younger Collective students are featured performing songs of their choosing in full-band arrangements, as well as performances from the school’s Community Performance Groups.

The Collective will be running a raffle throughout the day for a brand new electric guitar donated by K&S Music South Williamsport which will be given away before the closing of the event. Food vendors including Bruster’s Ice Cream, Leonard’s Backyard Bistro, and Derone’s Dynamite Dogs will be on site. This is a family event designed to engage all ages of children and adults through high-quality live music.

The primary entertainment throughout the afternoon will be the school’s Summer Music Showcase, presented by UMC students in full-band configurations.  Showcases feature the school’s younger and beginner students. The Uptown Music Collective holds frequent showcases and offers many performance opportunities to its current students as part of its curriculum.  The Summer Music Showcase is a much-anticipated performance event for the students of the Uptown Music Collective, many of whom have been preparing for months for this opportunity to perform to family, friends, and the Williamsport community on the bandshell stage.

“Our student showcases are always an exciting time for the Collective,” said Jared Mondell, UMC assistant executive director. “It’s a chance for everyone to check out the up and coming talent at the Collective. The Summer Showcase is especially exciting because of its part in our annual Summer Music Fest, the whole thing makes for a great family day in the park!” 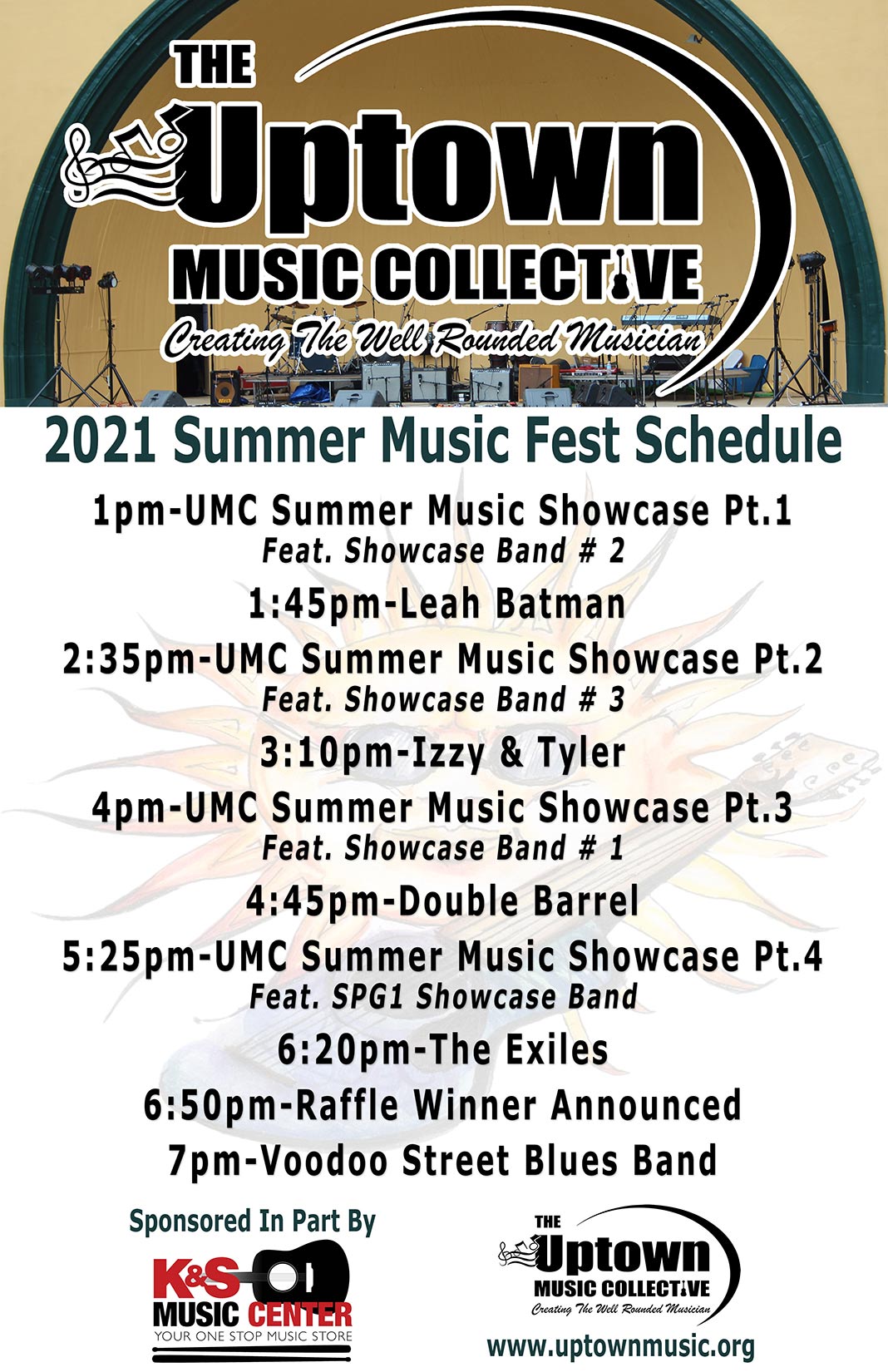 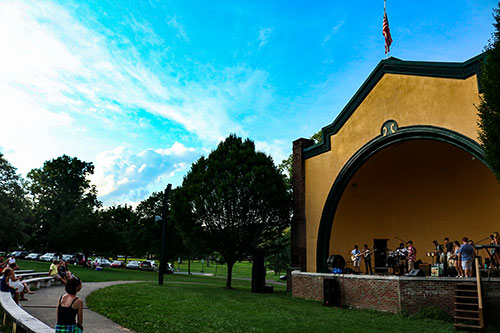 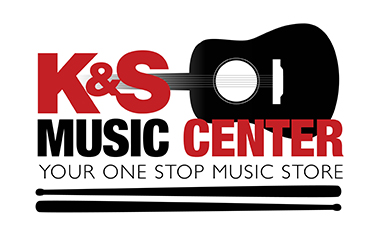 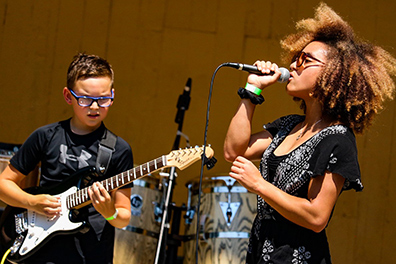