Third Walk Thru Rehearsal for More Than A Feeling 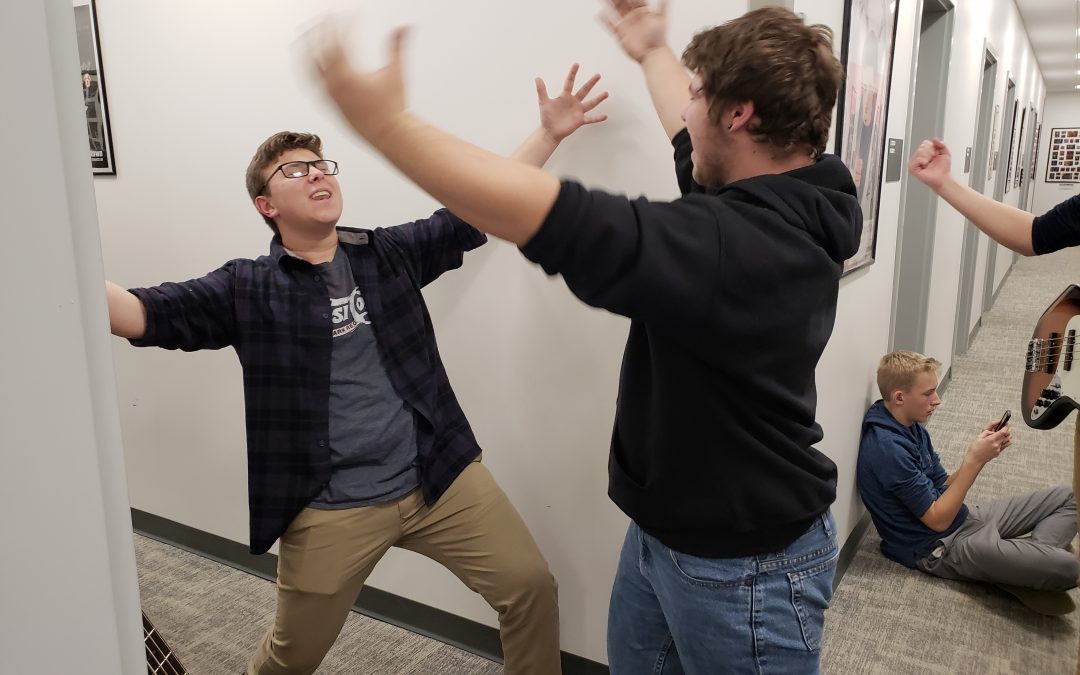 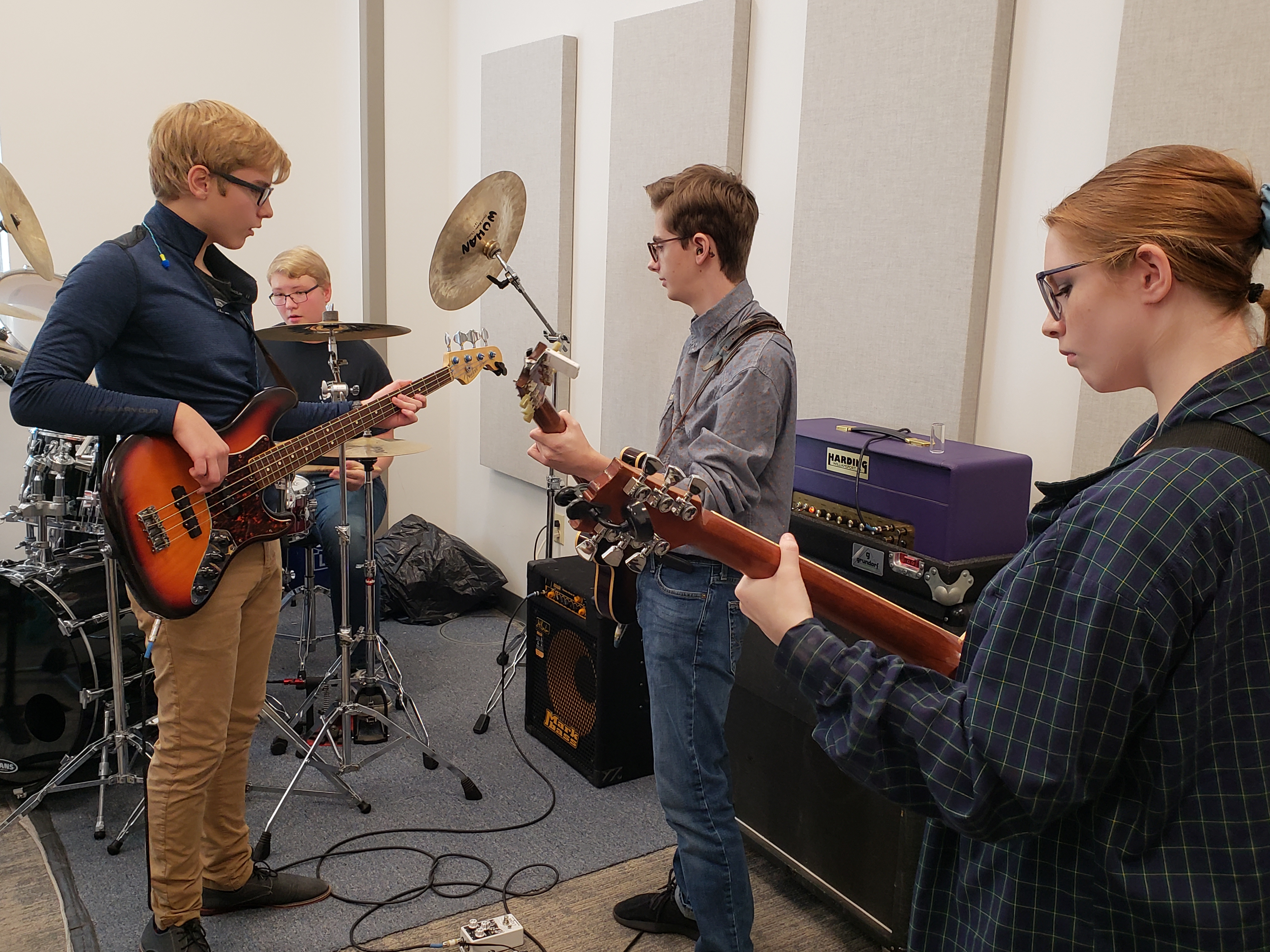 Our Sunday rehearsals are this programs bread and butter. It’s when we truly get down to the nitty gritty, and get the work done. I knew going in that it was going to be ridiculously long day, so I warned my wife, squeezed my son real hard and took off at 11am to set up the studio for the recordings we had to do at the end of the day.

My hard working student Molly Chapman met me at the Collective and together we began placing microphones and planning how we were going to record all of the tracks that we would need to complete the promo audio we planned on recording at the end of rehearsal. Of course the setup time went quickly, and before we really made a dent in that work, everyone was arriving for the 12 pm rehearsal of the Foreigner songs. 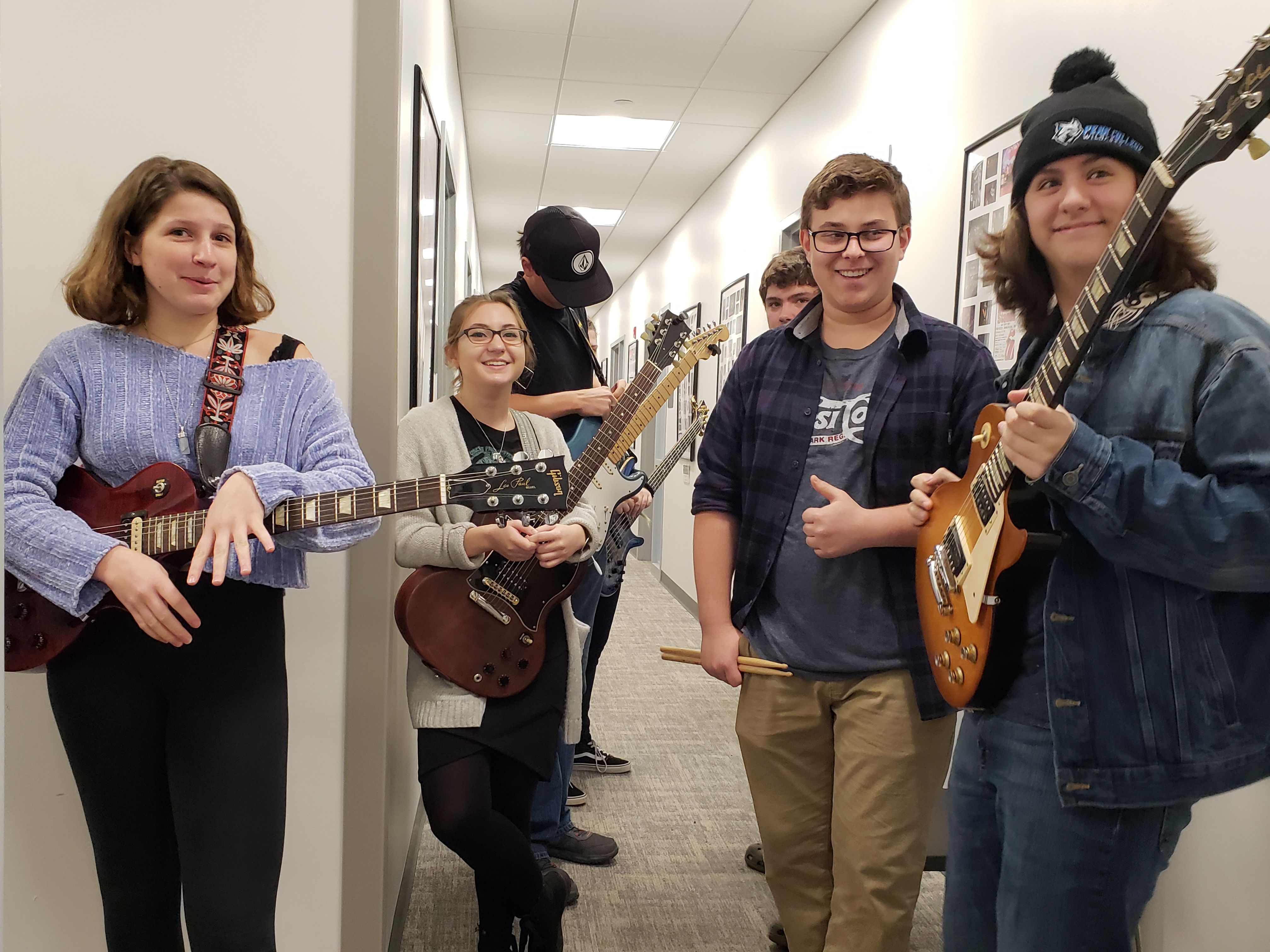 I had called them early because the majority of the members of those student groups were newer members of SPG1 (Special Performance Group), and I knew that they would require extra time to get the songs up to speed. I planned on 20 minutes per song, and even with the extra time we struggled at the end, going over by about 15 minutes.

Thanks to the loss of four of my five horsemen of the apocolapse (Gage Avery, David Chubirka, Enso Tran, and Justin Warrender) last year, I had lost 4 of my 5 best guitarists, and all of my male vocalists in one foul swoop. So this year’s group is down to one male vocalist… who’s brand new, and he has a song in the Foreigner set. So we spent extra time getting him up to speed and comfortable.

After that we ran all of the songs in the show, all 28 of them, giving each 10 to 15 minutes of rehearsal time. Several of them required a little more, and a few required less, leaving us at the end about 20 minutes or so over our target of 6pm. 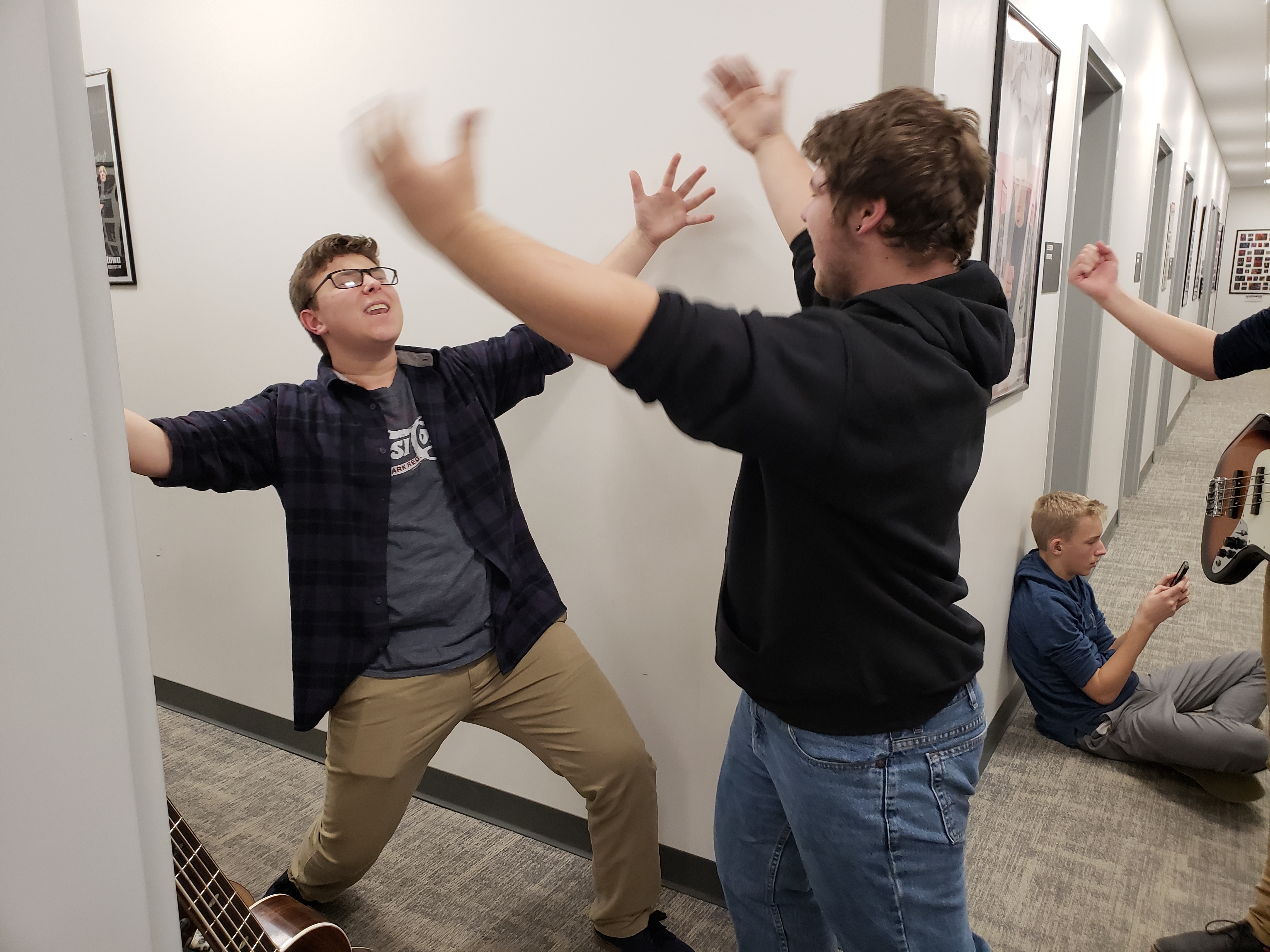 At that point everyone who was not on one of the songs chosen to be recorded for audio and video promo were dismissed after some clean up, and the rest of us retired to the studio. As usual the equipment gods who seem to have a love/hate relationship with me made an already complicated recording session even more complicated by putting a hex on some of the gear.

The recording computer froze a few times, the connection between our board and the computer went down a few times. There were bad cables, and a bad snake channel, and just general confusion. In the end we managed to finish all of the tracks for 3 out of 4 of the songs we had chosen. After everyone had gone however my daughter was listening to the last track and found that lead vocal track had a drop in it, so we will have to bring that singer back in to re-record that track. 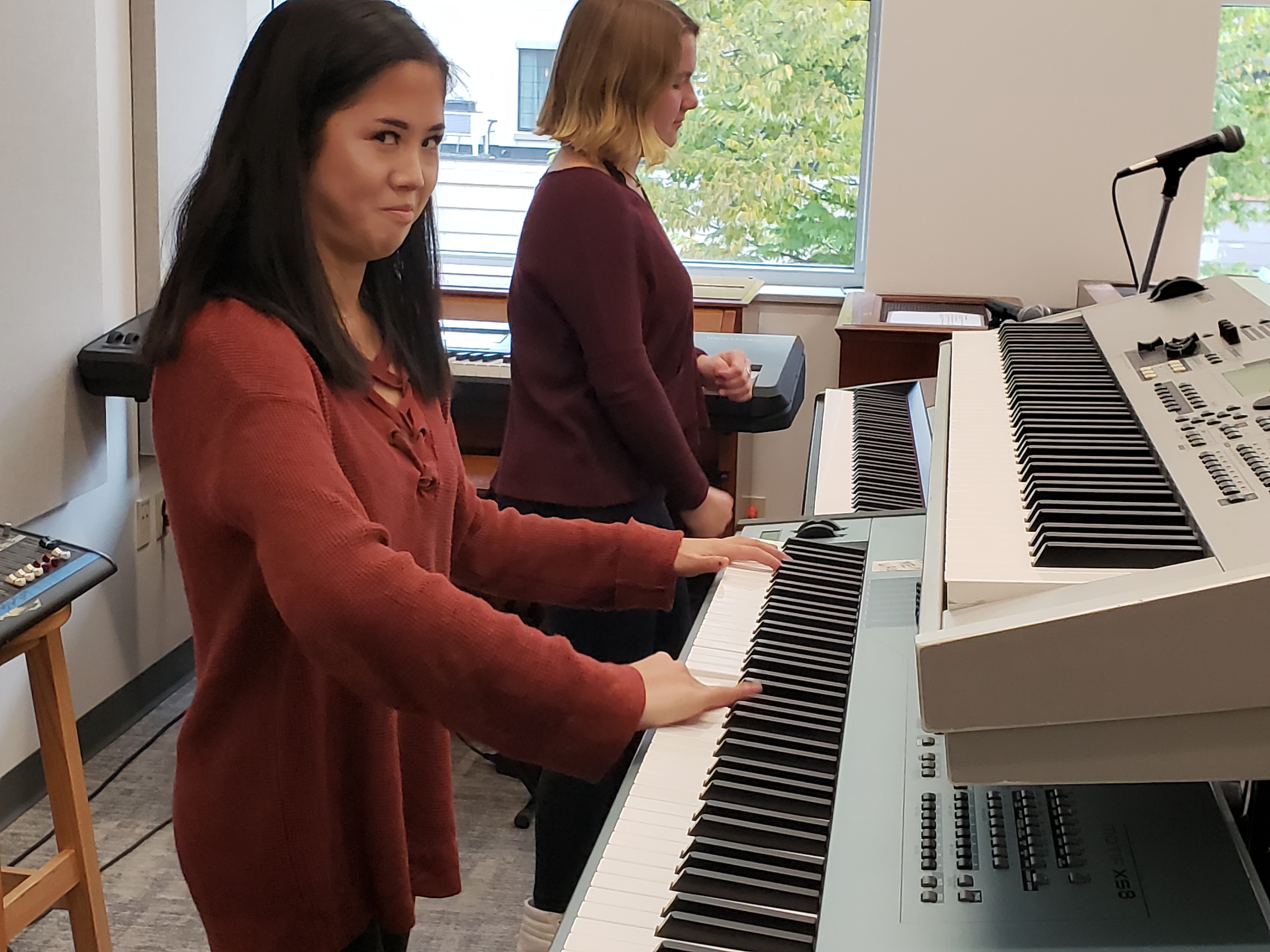 All in all, it had been a highly successful day. The energy of the group was powerful, and their enthusiasm for the music was infectious. We got though everything and all of the big strokes are definitely there, so we have already begun the process of drilling down into the parts to get the finer details up to par.

My daughter Izzy and I left around 8:30 in a zombie like state. This week we will be doing some promotional video work on Wednesday, and then another full rehearsal on Friday, followed by a dress rehearsal on Saturday.

Stay tuned, the whole thing is starting to heat up. 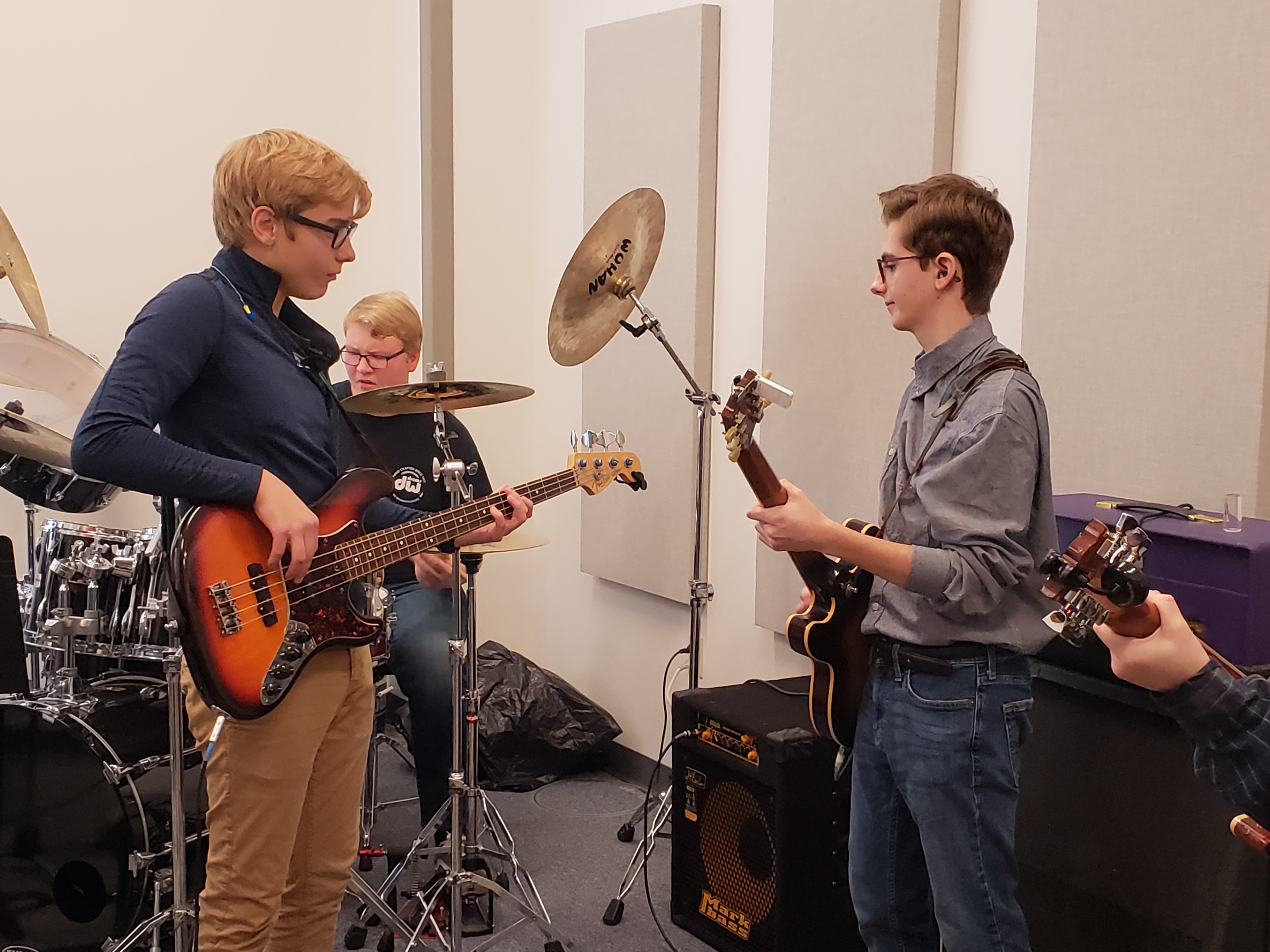